A number of issues were raised when members of Pussy Riot were arrested and imprisoned after their Punk Prayer performance in Moscow's Cathedral of Christ the Saviour (2012). When does public protest transgress the limited range of permissible behaviours in a society? What is the future of feminist performance art under times of censorship?

The First Supper Symposium have gathered these renowned speakers to provide different perspectives on Pussy Riot’s punk protest performances - from gender theory to Russian contemporary art practice - in dialogue with members of the feminist collective. Ekaterina Sharova will contextualise Pussy Riot’s performances in relation to the Russian contemporary art scene, while Viktor Misiano will situate their work within a history of art activism in the immediate post-Soviet era. Rosi Braidotti will reflect on the politics of women’s rock and punk bands and how performances have been used as feminist means of protest. Judith Butler will examine the gender and LGBT issues Pussy Riot invoke in a wider context of political demonstrations. Pussy Riot is represented by Nadezhda Tolokonnikova and Maria Alyokhina. Panel discussion moderated by Natalie Hope O'Donnell.

The symposium forms part of a series of events and exhibitions in Oslo, including a screening of Non-Consensual Act (in progress) and artist talk with Goshka Macuga at Kunstnernes Hus, and an exhibition with the Feminist Pencil at Galleri 69/Grünerløkka Lufthavn. The parallel programme has been curated by Ekaterina Sharova, in collaboration with the First Supper Symposium.

The First Supper Symposium is a collaborative feminist art project, founded by artists Gidsken Braadlie and Lisa Pacini in Oslo in 2012. 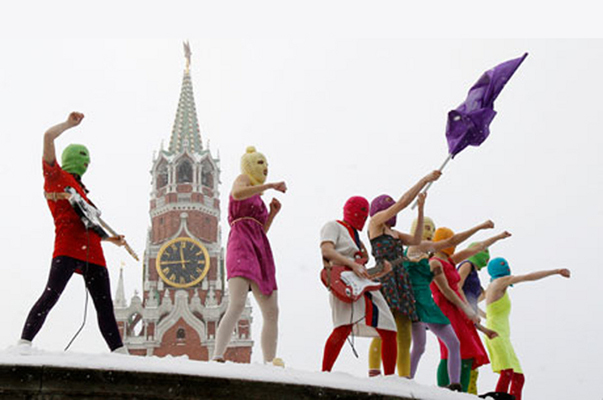